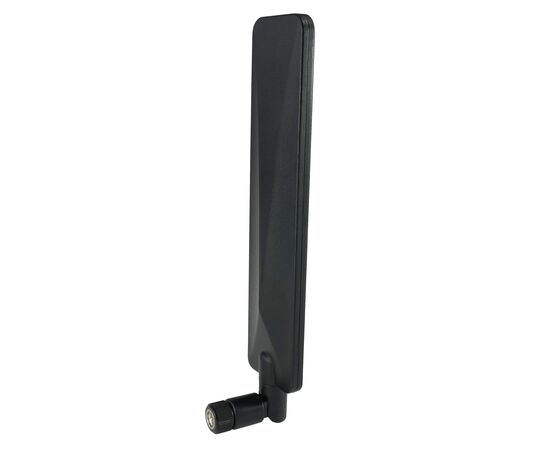 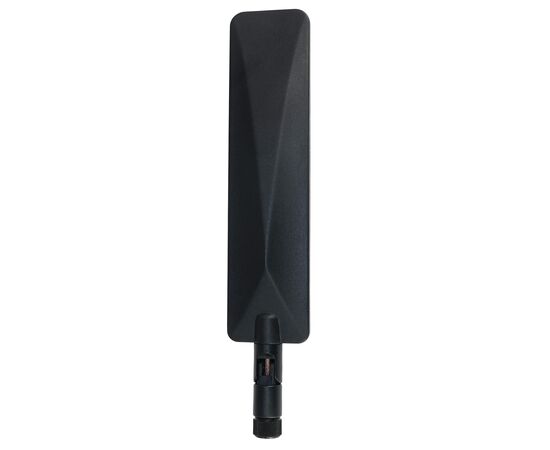 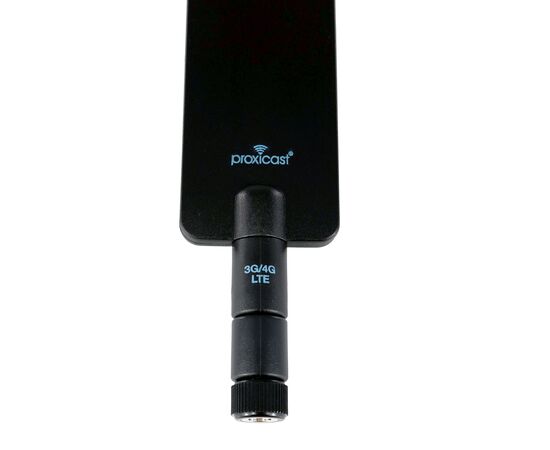 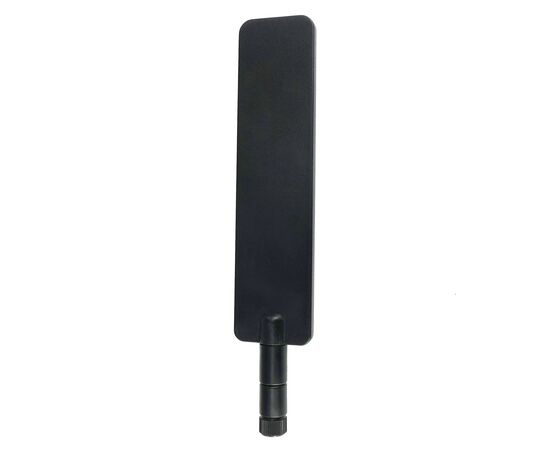 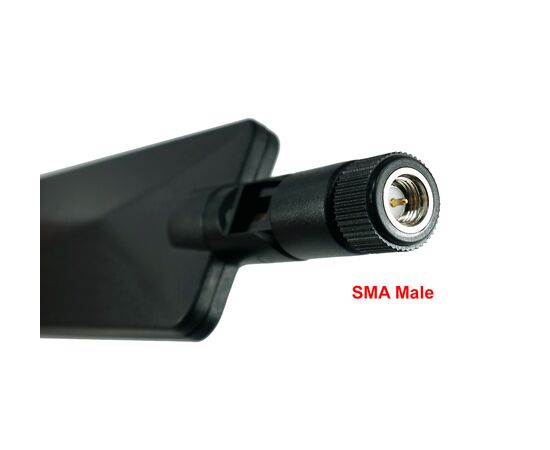 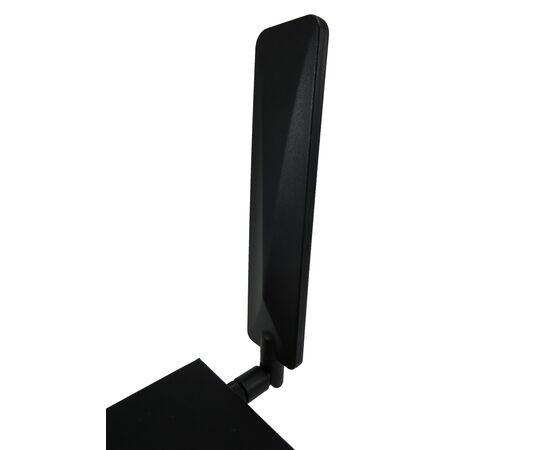 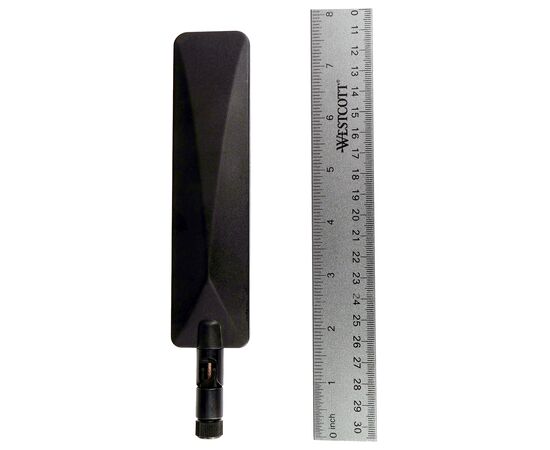 The Proxicast Flat Swivel Antenna is a high-efficiency mid-gain 3G/4G/GPS omnidirectional antenna. The "rubber-duck" style antenna is an 7.7 inch (196 mm) omni-directional antenna that provides 5 dBi of gain and supports all 2G, 3G and 4G/LTE/xLTE/AWS frequency bands (698-2700 MHz) used by U.S. and Canadian cellular carriers such as Verizon Wireless, AT&T Wireless, T-Mobile, Rogers, Bell Mobility and Telus as well as most other cellular operators worldwide.

This antenna also covers the GPS frequency (1575 MHz) and can be used as a passive GPS antenna or as a multiplexed cellular + GPS antenna.

The polycarbonate antenna swivels 90 degrees and rotates 360 degrees for optimal positioning and maximum signal reception and has an integrated SMA male plug connector and ground-plane. This antenna is a smart choice for mobile or stationary applications where extra gain is required.

Compatible with all SMA-based equipment including modems and routers from Cisco, Cradlepoint, Digi, Pepwave, Proxicast, Sierra Wireless, Sixnet/Red Lion and many others.

NOT for use with Wi-Fi (RP-SMA) devices

Note: LTE devices should use 2 identical antennas for best results.