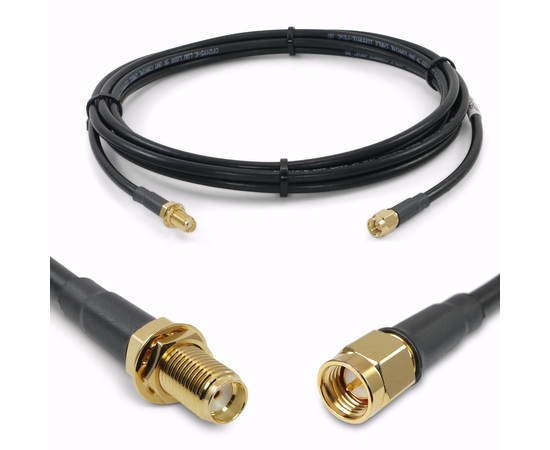 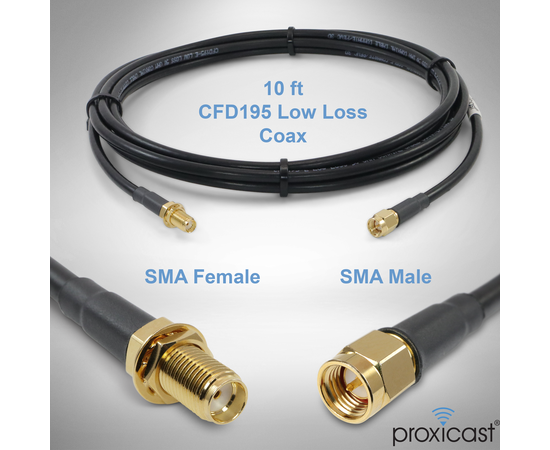 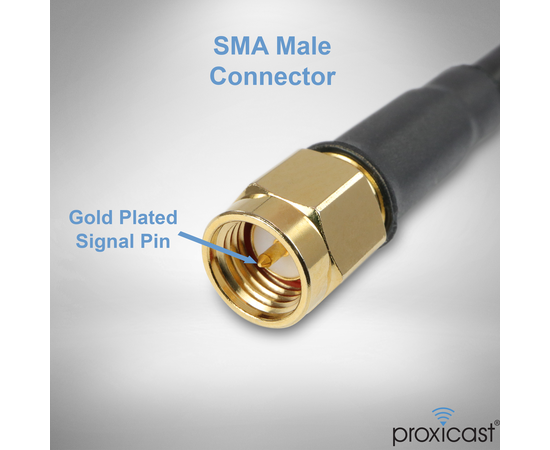 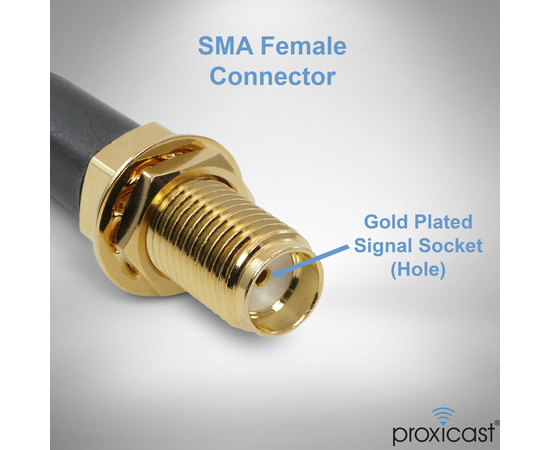 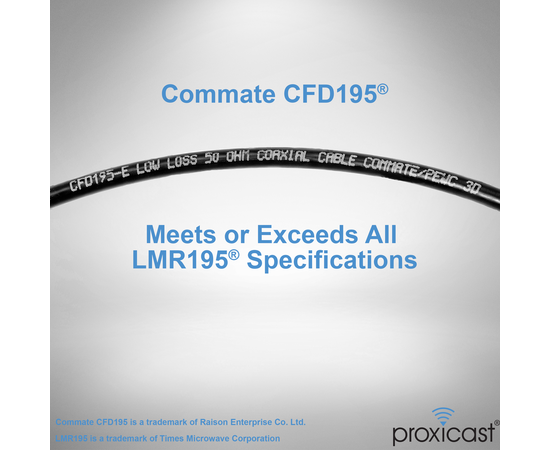 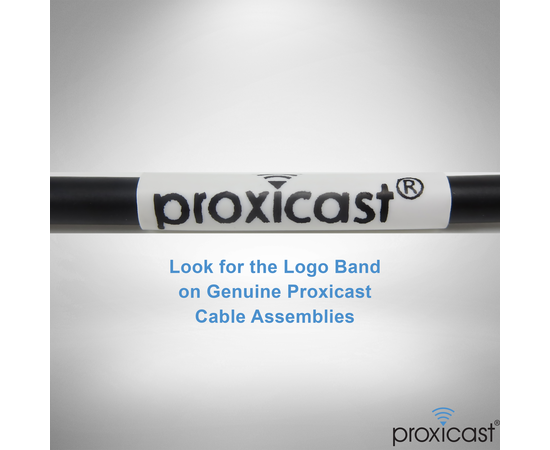 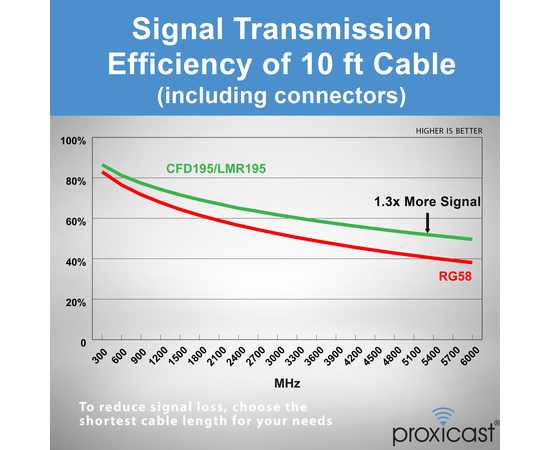 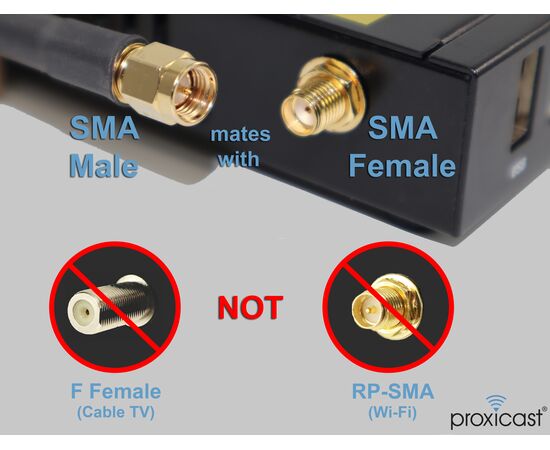 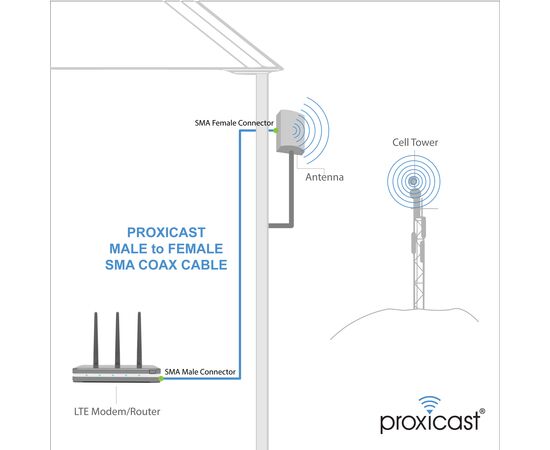 This premium low-loss coax cable is used to connect SMA radio sources such as modems, routers, etc. to the male SMA connector found on many external antennas or to extend the length of an existing SMA coax cable.

Proxicast recommends 0.195 inch diameter coax for assemblies up to 10 ft, 0.240 inch diameter up to 25 ft and 0.400 inch diameter up to 75 ft. It is acceptable to use a thick cable for the long portion of a cable run and a short thin cable to connect to equipment or antennas, but minimize the total cable length and number of connectors. Cable runs longer than 50 ft will generally require an in-line amplifier.

To ensure that you are selecting the correct cable, please refer to the Support tab for information regarding RF Connectors and Signal Attenuation.

Note: All outdoor coax connections must be weather-proofed to minimize damage caused by moisture in the connectors or cabling.  Use our Self-Bonding silicone tape (ANT-900-002) for fast and easy connection sealing.

Video equipment (cable, satellite, TV, etc) uses "F" connectors - which look similar to SMA but they will not mate with SMA connectors. Also, most video systems require 75 ohm coax cable rather than the 50 ohm cable used for RF.

See the photo gallery for pictures of the exact connectors on this coax extension cable and note the gender of the connectors you need to ensure male-to-female mating.

Attenuation or loss is a key specification for all coax cables. The function of a coax cable is to transfer radio frequency power from one point to another, however, some power is lost along the length of the RF cable and through the connectors due to noise, cable imperfections, resistance and other factors. The power loss caused by a coax cable is referred to as attenuation and is defined in terms of decibels per foot at a given frequency.

The key elements which affect cable signal loss are:

For short distances (10 feet or less), the signal attenuation at 4G/LTE frequencies is negligible for most applications, so 0.100 or 0.195 inch diameter coax is appropriate.  At longer distances, thicker coax cables are required to minimize signal loss.  To prevent excessive signal loss, shorter cables should NOT be linked together to make a longer cable.  It is best to use a single cable whenever possible.  It is also acceptable to use a thick cable for the long portion of a cable run and a short thin cable to connect to equipment or antennas, but always try to minimize the total cable length and number of connectors.

Proxicast's coax extension cable assemblies are constructed with top quality extremely low-loss cable and gold plated connectors.  Each cable assembly is fully tested when manufactured.  Proxicast recommends CFD195 coax for assemblies up to 10 ft, CFD240 for lengths up to 25 ft and CFD400 for lengths up to 75 ft. Coax runs over 50 ft typically require in-line amplification.